Gruppo SIGLA has been collaborating for several years with the company Waycom in the sector of voice technologies applied to telephony by integrating their various products into its solutions. Waycom is a company that operates in the market of advanced speech technologies, which make it possible to make interaction and computer-user dialogue more natural and effective, integrating the most advanced speech recognition and synthesis technologies. Since its inception in 1999, the company has proved to be very sensitive to technological developments and has set its business on the study and implementation of modern solutions based on voice technologies.

In recent years Waycom has developed its own technological platform, called "TEMPEST", capable of making the technologies of the various manufacturers in the sector easily usable by providing the end user and the software integrator with simple interfaces and tools. effective. The integrated technologies are multi-vendor (independent from the manufacturer) and multilingual both for speech recognition (Automatic Speech Recognition) and for speech synthesis (Text to Speech). In addition to being based on a “multi-tier” software architecture, the platform provides for the distribution of voice resources on the local network or in the cloud, allowing high scalability in terms of competing voice channels as well as very high reliability and availability. Graphic interfaces and "wizards" guide the operator in designing the interaction flows between the telephone platform and the end user. The applications that make up the Tempest platform are: 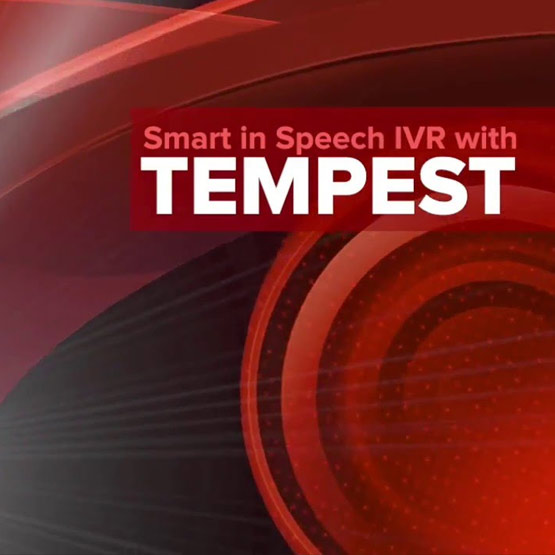