Gruppo SIGLA has obtained the Legality Rating, the recognition aimed at promoting and introducing principles of ethical behavior within the company, both towards the inside (employees, ...) and towards the outside (Customers, suppliers,. ..).

In recent years, important changes in socio-economic dynamics and in common perception are progressively pushing companies to embrace an approach that combines purely economic-financial aspects with the principles of company ethics, legality and transparency. In this context the legislator has moved in order to offer adequate recognition to virtuous companies for their efforts.

It is in particular a judgment of quality measured in "stars" that the Italian Competition Authority, in collaboration with the Ministries of the Interior and of Justice, attributes to italian Companies who demonstrate to possess certain legal and economic requirements, indicative of the respect for the law and, more generally, the degree of attention placed in the proper management of its business. The will to act strongly in the direction of transparency and prevention of illicit and corrupting acts is also evidenced by the role attributed to the National Anti-Corruption Authority which, on the basis of a memorandum of understanding signed with the AGCM, is called to be an active part in the rating assignment process.

Gruppo SIGLA achieved a score of two stars and a +, which is a star and a + in addition to the basic recognition. 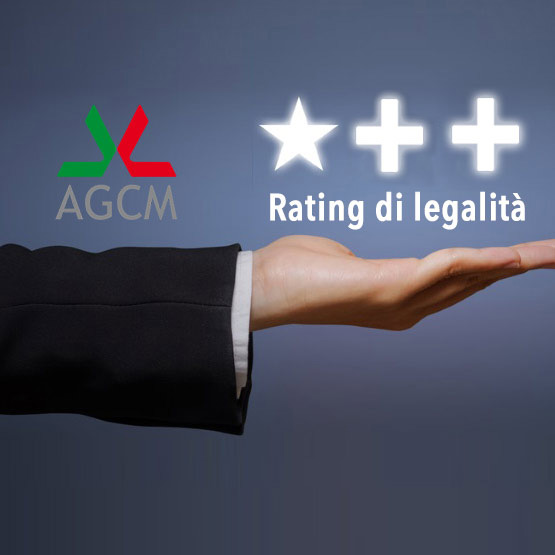 In this section you can download documentation relating to our Legality Rating.